Copying Masterpieces at The Metropolitan Museum of Art: Theory and Technique – The Art Students League
Return to Workshop Schedule

Copying Masterpieces at The Metropolitan Museum of Art: Theory and Technique

Leonid Gervits graduated from the National Academy of Fine Arts, Repin Institute, in St. Petersburg, Russia, where his mastery of art was honed by deep-rooted European traditions of figurative art. After postgraduate studies, he became a professor at the Repin Institute of the National Academy of Fine Arts. In 1991, Mr. Gervits moved to the United States.

Mr. Gervits’s work is in numerous private and international collections in France, Switzerland, Germany, Norway, Japan, and the United States. His work is also in many public collections, including the National Academy of Fine Arts in St. Petersburg; the State Art Museum and the Pushkin Museum, both in Odessa, Ukraine; the Pushkin Preserve–Museum in Pskov region, Russia; the Yevgenii Yevtushenko Art Museum in Moscow, Russia; and other museums (total of twelve) in Russia and Ukraine.

Mr. Gervits also holds the rank of Honorable Academic from the Russian Academy of Arts. He is represented by Amsterdam Whitney Gallery, Chelsea, New York. 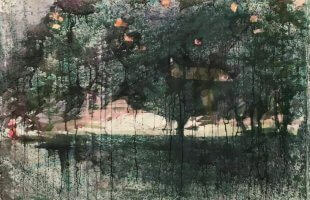 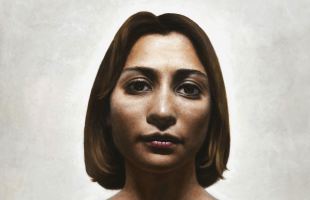