This show will feature the works of 11 female Abstract Expressionists, a few of whom – Perle Fine and Helen Frankenthaler, among them – took classes at the Art Students League of New York in the mid/late ‘40s and early ‘50s while they were living and working among their “New York School” AbEx colleagues.

Sparkling Amazons
presents the often-overlooked contribution by women artists to the Abstract Expressionist movement and the significant role they played as bold innovators within the New York School during the 1940s and 50s. Through the presentation of some 30 works of art alongside documentary photography, the exhibition captures an important moment in the history of Abstract Expressionism.

The catalyst for this project is the groundbreaking 9th St. show arranged by avant-garde artists with the help of the fledgling gallerist, Leo Castelli in 1951. The show became a pivotal moment for the emergence and acceptance of Abstract Expressionism. The artists of the 9th St. show had struggled to gain critical recognition having been shut out by museums and galleries due to the radical nature of their work. Of the more than 60 artists in the show, including many who were to become prominent figures in Abstract Expressionism, only 11 were women. This is the first time works by these extraordinary women will be brought together since the 9th St. show took place 68 years ago.

In the early 1970s, the preeminent editor and art critic, Thomas Hess, would refer to them as “sparkling Amazons.” These women would neither have viewed themselves as “Amazons” nor as feminists; they simply worked and lived as artists, pursuing their professions with the same dedication as their male counterparts even though the social stakes were much higher for them at the time. Several of the artists, including Lee Krasner, Joan Mitchell, Elaine de Kooning and Helen Frankenthaler went on to have distinguished careers and have found their rightful place in the art historical canon. Others, including Grace Hartigan, Perle Fine and Anne Ryan, enjoyed critical success. The remainder, Sonia Sekula, Day Schnabel, Jean Steubing and Guitou Knoop are yet to be fully recognized by art history, a fact that this exhibition addresses. 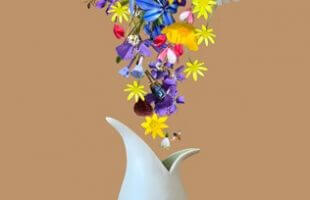 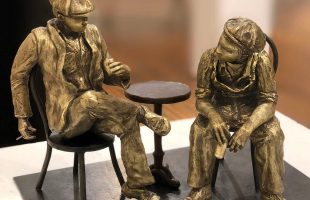