In Memoriam: Mavis Iona Pusey, 1928–2019 – The Art Students League
Return to All Events

“I use color and texture to convey the tension that is the heartbeat of the city… I see the new construction as a rebirth, a catalyst for a new environment, and since the past must be a link to the future, in each of my works… there is a circle to depict the never-ending continuation of natural order and all matter.”

Leading abstractionist and Art Students League member, Mavis Iona Pusey passed away on April 20, 2019 in Falmouth, VA at the age of 90. Pusey was born in Retreat, Jamaica and moved to New York City at the age of 18 to pursue a degree in fashion design. She encountered financial challenges in the city and ultimately left her studies, taking work sewing couture wedding gowns. Pusey later transferred to The Art Students League after securing a prestigious scholarship from the Ford Foundation. It was at The League that Pusey met painter and printmaker Will Barnet, who became a life-long mentor and friend. Barnet encouraged Pusey to continue working in painting and introduced her to the work by modern masters like Wassily Kandinsky, whose energy, rhythm, and movement deeply impacted her practice. Pusey received numerous awards from the Pollock-Krasner Foundation and the Louis Comfort Tiffany Foundation. She worked in the Robert Blackburn Printmaking Workshop for several years, exhibited at the Rainbow Art Foundation, and was included in numerous major exhibitions including the seminal Contemporary Black Artists in America held at the Whitney in 1971. All thirteen prints in this exhibition were gifted by Pusey in 2004 to The Art Students League Permanent Collection. 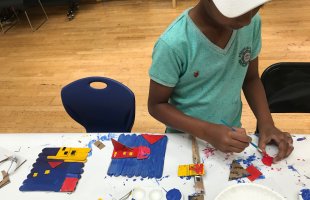 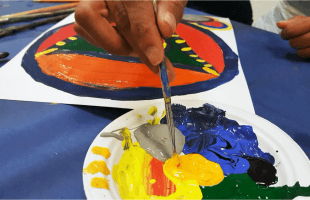 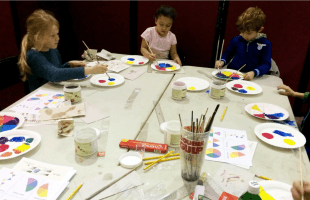