This class is designed to develop a foundation in drawing, perspective, composition, color, tone, and value. Students learn to observe and interpret still life subjects, as well as study the dynamics, character, and essence of the clothed model. They will gain a variety of skills needed to create their own artwork, incorporating a broad range of approaches and materials including: graphite, charcoal, colored pencil, marker, ink, oil pastel, watercolor, and collage.

Marilyn J Friedman studied drawing, painting, and sculpture at the Art Students League of New York; attended Skowhegan School of Painting and Sculpture and the University of Siena, Italy; and received a B.A. in Art History and Sculpture from Stony Brook University. She has won numerous grants and awards for her portrait, figurative, and abstract works, including four consecutive Nessa Cohen Grants for Sculpture from the Art Students League; the Excalibur Bronze Award for Portraiture, Catherine Lorillard Wolfe Art Club; Katherine Thayer Hobson Award for Portrait Sculpture, Pen & Brush Club; Gold Medal of Honor for Sculpture, National Arts Club; Youth Awards Commendation, National Sculpture Society; In Memorium Award for Sculpture, 73rd Annual Allied Artists of America Exhibition; and the Dessie Greer Prize for Portrait Sculpture at the National Academy of Design 161st Annual Exhibition. She is a recipient of the 2014 Adolph & Esther Gottlieb Foundation Grant in recognition of her work as a sculptor. Her work has been exhibited at galleries and sculpture gardens throughout the Northeast. Her sculpture is in many private collections, including the Art Students League’s Permanent Collection, and she has created commissioned sculpture for Kohler, Lufthansa, and Absolut. Ms. Friedman’s career includes consulting for the Department of Conservation at the Museum of Modern Art. Ms. Friedman has taught at the Vytlacil Campus of the Art Students League, was a sculpture instructor at Parsons School of Design, and has been on the sculpture faculty of the National Academy School, where she gave the illustrated lecture, “From Naturalism to Abstraction.”

Jeff Buckland is an animation artist, writer, and director. He attended the High School of Art and Design, California Institute of the Arts, The School of Visual Arts, and The Art Students League of New York. Mr. Buckland directed the award winning series PB&J Otter (Disney), Kenny the Shark (Discovery), Stanley (Disney), and Pinky Dinky Doo (Sesame Workshop) and was art director on the feature films, Beavis and Butt-Head Do America (Paramount), 101 Dalmatians: The Series (Disney), and Doug (Nickelodeon). He has served as an animator, illustrator, designer, storyboard artist, writer, story editor, and content developer for animated, live action, print, and digital media projects. 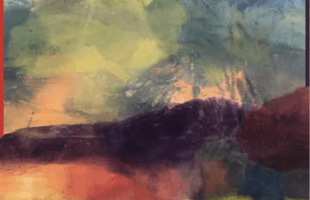 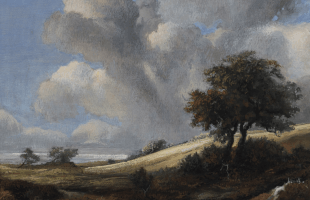