Students learn to incorporate innovations with formal elements in anatomy, composition, form, scale values, and technical skills. Individual instruction, class discussions, and critiques are given. Students are encouraged to develop a critical eye and an objective approach to distinguish the necessary from the unnecessary, moving toward the completion of a cohesive sculpture. Students work from their imagination and a model, creating images with a unique personal voice. This class works from the nude model, with one pose generally lasting the entire school year.

Rhoda Sherbell is a portrait sculptor of distinction. She is known for her public monuments and garden sculptures. Some of her best-known works are Yogi Berra, Casey Stengel, Aaron Copland, Raphael and Moses Soyer, Marguerite and William Zorach, and Eleanor Roosevelt. Her sculptures are in museum collections, including the Baseball Hall of Fame, Cooperstown, New York. The National Portrait Gallery in Washington, DC chose Ms. Sherbell to represent the museum on its 150th birthday celebration. A cake was made with an image of Casey Stengel on top that was exhibited at the Sackler Museum. On the occasion of the exhibition, Champions of American Sport, President Ronald Reagan and his wife invited Ms. Sherbell to the White House. The United States Information Agency has shown her artwork in the magazine America. Her work is on permanent view at the governor’s residence at the state capital in Hartford, Connecticut. Ms. Sherbell was invited to speak with Mayor Koch during the opening of Casey Stengel Plaza at Shea Stadium. She has also been invited by the American ambassador to exhibit her sculpture in the Czech Republic, as part of the Art in Embassies Program.

Ms. Sherbell has had twenty-six solo museum and gallery exhibitions. She has received over fifty awards, including those from the American Academy and Institute of Arts and Letters, the Ford Foundation, the Louis Comfort Tiffany Foundation, the Pennsylvania Academy of Fine Arts, the National Academy of Design, and the National Sculpture Society (Gold Medal).

The National Association of Women Artists awarded Ms. Sherbell as Artist of the Year for 2013. 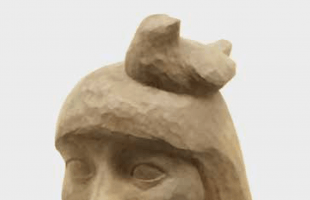 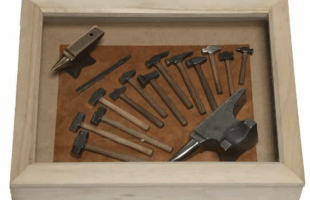