Registration is not open for this fall-session class. Please check back later in the summer for information on fall classes.

The emphasis on this class will focus on finding the action and constructing the figure convincingly in three-dimensional space by using strong geometric and perspective concepts.   Structural landmarks relating to the skeleton will be used as guidelines for tracking the figure’s movements in space.  The ability to capture fleeting movements while thinking three-dimensionally will enable the artist to represent the figure in poses that would otherwise be impossible for the model to hold for a longer amount of time.  This skill will increase an artist’s creative freedom in narrative figure work.  There will be both short and long poses to help the student process and work on specific objectives given.

Modeling form is only as successful as the artist’s ability to construct a three-dimensional line drawing. This is the hallmark of classical drawing. Lectures and demonstrations will be given to lead the students through this clear and logical process of drawing.

Jon deMartin is among the leading figurative artists working today and has taught life drawing and painting for more than twenty-years at the most prestigious academies and ateliers in the country.  Among them are the Arts Students League, the New York Academy of Art, the Grand Central Academy of Art, the Janus Collaborative School of Art, Studio Incamminati, and the Parsons School of Design.  He has exhibited at Hirschl & Adler Galleries, the John Pence gallery, the Arnot Museum, the Butler Institute of American Art, the Florence Griswald Museum, and the Beijing World Art Museum, featured in the exhibit ‘Contemporary American Realism’.

He grew up in Wilmington, Delaware and later moved to New York where he graduated from Pratt Institute with a Bachelor of Fine Arts in Filmmaking.  He subsequently enrolled at the Art Students League, and also studied privately with Michael Aviano.  He currently lives in White Plains and teaches in his studio in Port Chester, New York.

Jon’s work has been reproduced in publications such as ‘The Classicist’, Classical Drawing Atelier’, ‘Lessons in Classical Drawing’, Watson-Guptil Publications. ‘Star Wars Art: Visions’, (Abrams Publication), and the ‘Classical Life Studio: Lessons & Teachings in the Art of Figure Drawing’, Sterling Publications.  He has written and illustrated over twenty-five articles on classical figure drawing technique for ‘Drawing Magazine’.

In his paintings, Jon concentrates on the figure placed in outdoor and interior situations, as well as portraits and industrial landscapes.

Drawing from the Inside Out Online 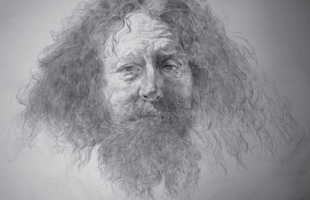 Painterly Drawing (From drawing and anatomy to painting, all mediums) Saturday Online 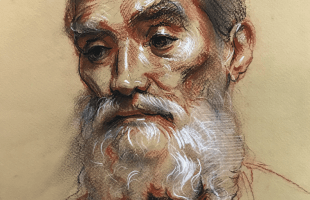